Legnica We use cookies to collect information about how visitors use our website. They help us give you the best possible experience, continually improve our site and provide you with offers that are tailored to your interests. Temecula By clicking the "Allow cookies" button you agree to the use of these cookies. You can get detailed information about our use of cookies by clicking on Learn more. 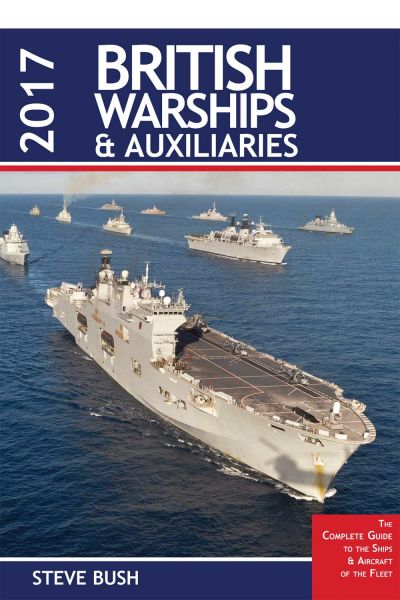 The fully revised, updated and respected guide to the ships,aircraft and weapons of the fleet. Over 80 colour photos. Complete with pennant numbers and silhouettes. Includes Royal Marine Craft and Border Agency vessels. Includes a new entry for HMS QUEEN ELIZABETH as she prepares to join the Fleet in 2017.

Regular Price £9.99 Special Price £6.99
Availability: In stock
Add to Wish List Add to Compare
Description
The fully revised , updated and respected guide to the ships, aircraft and weapons of the fleet. Over 80 colour photos. Complete with pennant numbers and silhouettes. Includes Royal Marine Craft and Border Agency vessels.
The book starts with a “no-holds barred” review of the state of the Royal Navy followed by sections detailing the fleets of the Royal Navy, Royal Fleet Auxiliary and the support vessels operated under contract by Serco. Also included are the vessels of the Royal Marines, Army and the Border Force. Each class entry includes a full colour photograph together with a class listing, pennant numbers, technical specifications and brief notes. Similar sections cover the aircraft and weapons operated by the Royal Navy.
The book concludes with a listing of those ships preserved within the UK and operating in a secondary role after decommissioning and a summary of those vessels which have been scrapped since the previous edition.