where to buy Pregabalin in canada We use cookies to collect information about how visitors use our website. They help us give you the best possible experience, continually improve our site and provide you with offers that are tailored to your interests. order Lyrica samples By clicking the "Allow cookies" button you agree to the use of these cookies. You can get detailed information about our use of cookies by clicking on Learn more. 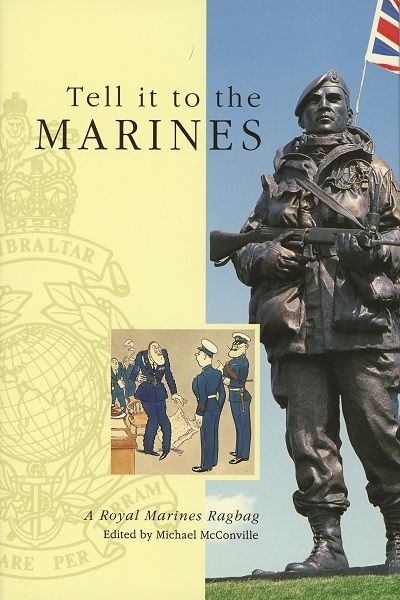 This book is described as a 'Royal Marine Ragbag' - a collection of stories and 'dits' from Royal Marines of yesteryear. First published almost 30 years ago the stories hark back to the WWI years as well as, slightly, more recent times. As any marine will tell you - some pretty strange things have happened from time to time.

The Admiral's Regiment, the direct ancestor of the present day Royal marines, was raised in 1664. As early as 1827 the Corps had seen so much fighting by land and sea, all over the world, that there was no room left upon its clours for the inscription of further battle honours.

King George IV solved the problem by ruling that the Globe, circled with Laurel, should be the distinguishing badge of the Corp 'whose duties carried them to all parts of the Globe in every quarter of which they had earned their laurels by their valour and good conduct'.

The valour and good conduct are implicit in most of these Royal Marine stories. It is however, unlikely that any of the events decribed would qualify for a battle honour. As any marine will tell you - some pretty strange things have happened from time to time.