Mali We use cookies to collect information about how visitors use our website. They help us give you the best possible experience, continually improve our site and provide you with offers that are tailored to your interests. By clicking the "Allow cookies" button you agree to the use of these cookies. You can get detailed information about our use of cookies by clicking on Learn more. 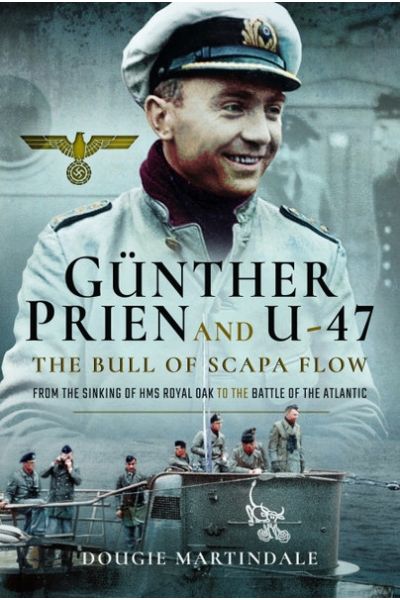 Günther Prien and U-47: The Bull of Scapa Flow

From the Sinking of HMS Royal Oak to the Battle of the Atlantic
On the night of 13/14 October 1939, the Type VIIB U-boat U-47, on its second War Patrol, penetrated the main Royal Navy base at Scapa Flow and sank the British battleship HMS Royal Oak. This legendary attack is remembered as one of the most audacious raids in the history of submarine warfare.

Laid down on 25 February 1937, and entering service in December 1938 under the command of Oberleutnant zur See, later Kapitänleutnant Günther Prien, after sinking HMS Royal Oak both Prien and his famous U-boat were known thereafter as ‘The Bull of Scapa Flow’. As a central figure in the Battle of the Atlantic, Prien was consistently at the heart of events until he was lost on board U-47 in March 1941. U-47 had departed Lorient on her tenth and last patrol on 20 February 1941. She went missing on 7 March 1941.