ineptly We use cookies to collect information about how visitors use our website. They help us give you the best possible experience, continually improve our site and provide you with offers that are tailored to your interests. By clicking the "Allow cookies" button you agree to the use of these cookies. You can get detailed information about our use of cookies by clicking on Learn more. 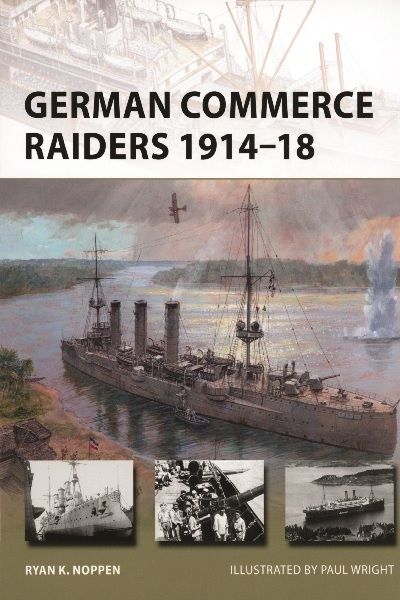 Illustrated with rare photos and detailed new artwork this gripping book charts the full course of the German commerce war.
£11.99
Availability: In stock
Add to Wish List Add to Compare
Description
This is the story of Germany's commerce raiders of World War I, the surface ships that were supposed to starve the British Isles of the vast cargoes of vital resources being shipped from the furthest reaches of the Empire. To that end pre-war German naval strategists allocated a number of cruisers and armed, fast ocean liners, as well as a complex and globe-spanning supply network to support them - known as the Etappe network. This book, drawing on technical illustrations and the author's exhaustive research, explains the often overlooked role that the commerce raiders played in World War I. Whilst exploring the design and development of the ships, it also describes their operational history, how they tied up a disproportionate amount of the British fleet on lengthy pursuits, and how certain raiders such as the SMS Emden were able to wreak havoc across the oceans.