Woodbridge We use cookies to collect information about how visitors use our website. They help us give you the best possible experience, continually improve our site and provide you with offers that are tailored to your interests. By clicking the "Allow cookies" button you agree to the use of these cookies. You can get detailed information about our use of cookies by clicking on Learn more. 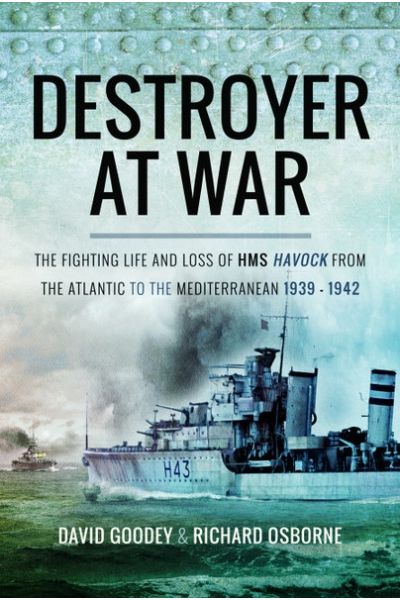 The Fighting Life and Loss of HMS Havock from the Atlantic to the Mediterranean 1939-42. It was headline news on 8 April 1942: ‘One of the Navy’s most famous destroyers, a ship which survived bombs, torpedoes and full scale battles, has been wrecked’. That destroyer was HMS Havock, described in another newspaper as ‘Britain’s No 2 Destroyer of this war – second only in fame and glory to the Cossack.’